Shopify Vs. Shopify Plus: Key Differences 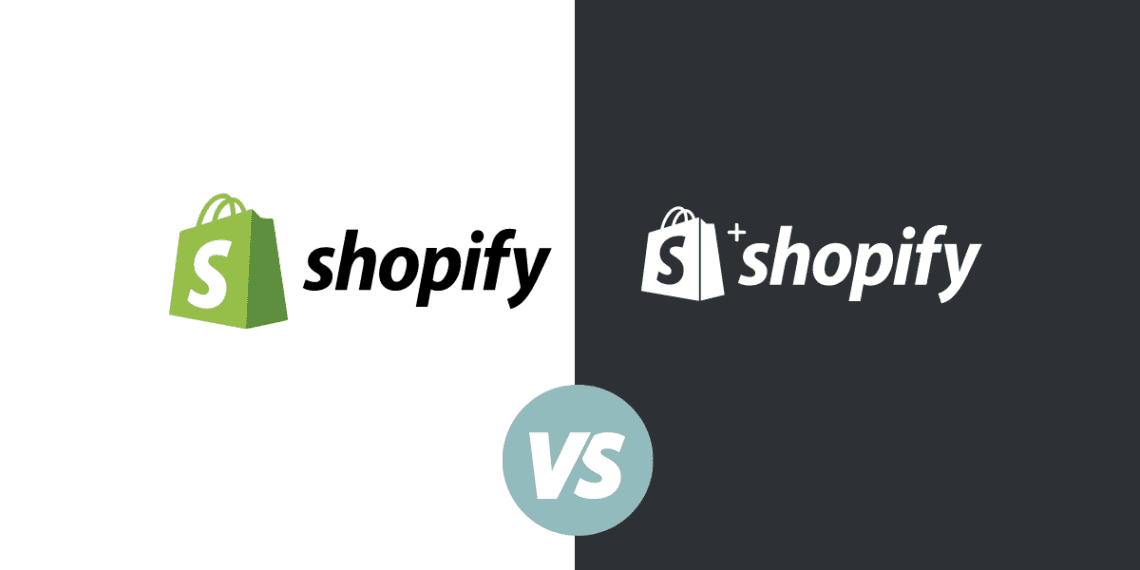 What comes to mind first when we say Shopify vs. Shopify Plus?

Shopify is an e-commerce software developed for companies selling online. Shopify’s basic plans offer great solutions for small and medium businesses. On the other hand, Shopify Plus is a plan for large enterprises with high sales volume.

Businesses may face dilemmas when deciding whether the standard Shopify plans or Shopify Plus is more appropriate.

In this blog, we’ll take a detailed look at the differences and features of the two popular Shopify offerings to help you decide which is right for your business.

What are the Features of Shopify?

Before mentioning the differences between the two plans, let’s look at Shopify’s features and benefits.

Here are some of the benefits Shopify provides to businesses:

Shopify vs. Shopify Plus: Pricing

Price is one of the most significant differences between Shopify and Shopify plus. Standard Shopify is ideal for e-commerce startups or mid-sized e-commerce companies.

Shopify has three different plans, Basic, Shopify, and Advanced. Prices for these plans range from $29 to $299, depending on their features. As the price increases, the features offered by the platform increase.

Launched in 2014 to provide businesses with more enterprise solutions in e-commerce, Shopify Plus is more costly than standard Shopify packages. It is a $2,000 monthly plan. Companies should contact Shopify representatives for the exact price.

Shopify vs. Shopify Plus: Key Differences

Shopify Plus has the same dashboard and features as Shopify. The main difference is that Shopify Plus gives businesses more support options. It also has more customization power than standard packages. Let’s take a closer look at the key differences.

Shopify vs. Shopify Plus: Decision

Both plans have similar features when it comes to e-commerce functions and analytics. The main difference between the two is the advanced features, accessibility, and flexibility of Shopify Plus.

The standard Shopify plan has enough features to allow companies to expand their business. It’s easy to develop Shopify plans as the business grows.

To summarize, Shopify is better suited for small or medium businesses that are just starting with e-commerce. On the other hand, Shopify Plus is more suitable for enterprises with high-volume sales and high growth potential.

Ready to Power Up Your Customer Service?

We are helping e-commerce brands to provide an fantastic customer service experience.